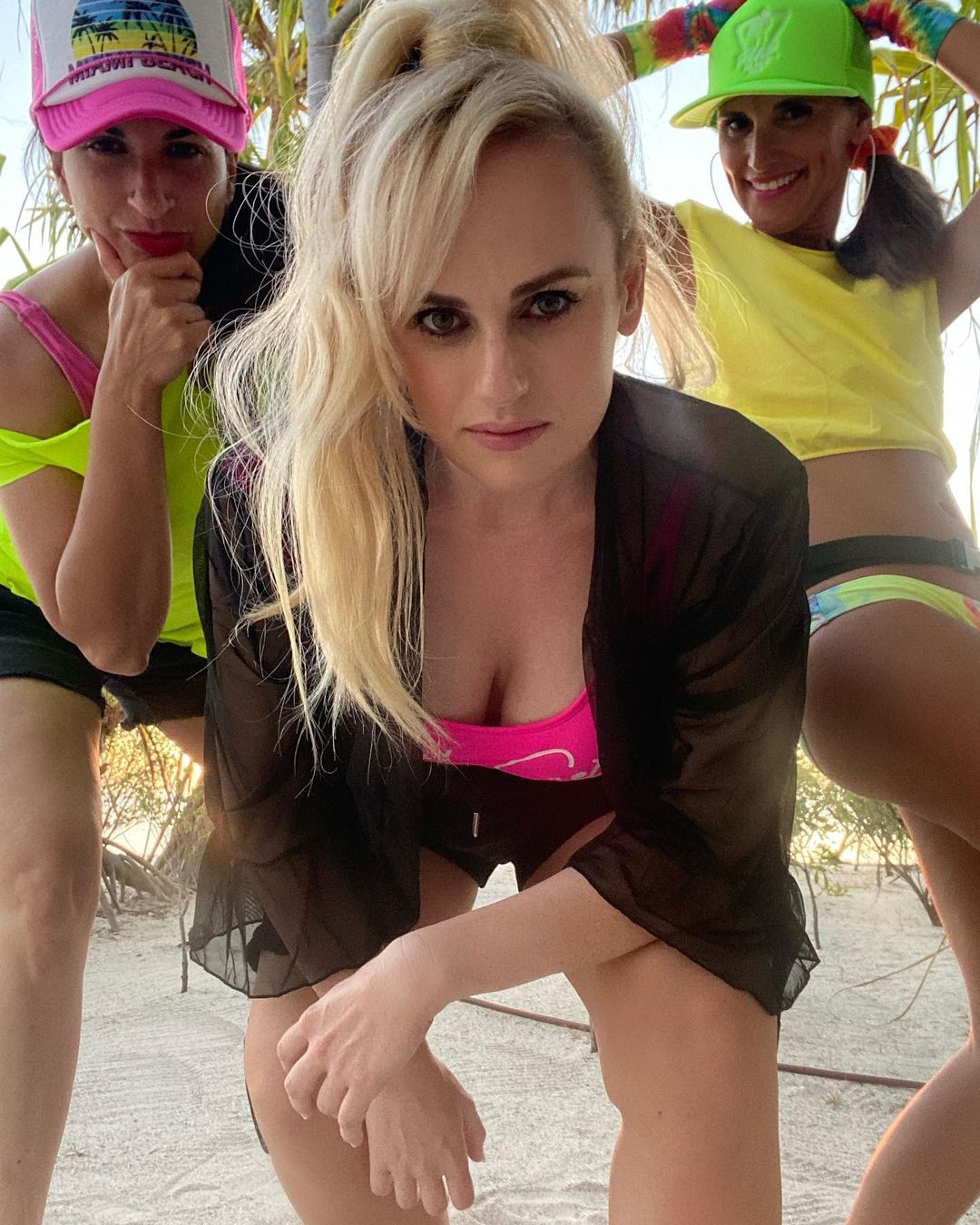 Rebel Wilson celebrated her 41st birthday with a star-studded party!

Wilson and her friends used the hashtag “Rebel Island” to post numerous pictures from the festivities.

Wilson told Page Six of the celebrations, “I feel so lucky to get to share such an incredible adventure with those I love dearly.”

“‘Rebel Island’ was something I dreamt up years ago, and The Brando made all my dreams come true with this trip. It was beyond epic and inspiring. This place is absolute heaven — no wonder Marlon Brando worshipped it.”

According to the publication, the celebs have been enjoying a variety of beach activities.

A source stated that “The group spent their days on the eco-friendly resort island swimming, snorkeling, picnicking and exploring remote islands — as well as having many themed parties such as a ‘shipwrecked mermaid’ dinner, an ’80s pool party, and movie night playing one of Rebel’s favorite films, 1971’s Willy Wonka And The Chocolate Factory.”

Rebel Wilson posed for a picture with two of her closest friends who had traveled with her.

She wrote alongside the image, “Zahra is one of my besties from high school who now crushes it as a lawyer in Manhattan and Lorelei is my former Youth Ambassador friend (when we toured Southern Africa) who now works literally for world peace. And they’re both Moms who crush it every day!”

Wilson filled in fans about her “year of health” journey last year, during which she dropped 30 pounds and changed her lifestyle.

The comedian previously said that she wishes she had started earlier, but it was not her narrative.

“Now that I know I can do it, sometimes I feel sad that I didn’t do it earlier,” she said in an interview with InStyle. “Maybe I should have tried when I was 30, not 40. But everybody’s journey is different, and it’s not a race or competition.

“It’s not too late to start, no matter what age you are.”