A new Bruce Springsteen album is expected to drop later this year.

Rolling Stone co-founder Jann Wenner shared the news during the promotion of his new tome ‘Like A Rolling Stone.’ The album is yet to be officially announced and will be a follow-up to the 2020’s ‘Letter to You’ with his E Street Band.

According to Jann, Bruce is getting ready for a launch soon and it is stunning. 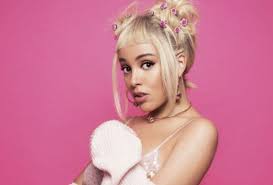 Doja Cat, one of the most popular female rap stars today, shared that for her new album she is taking inspiration from 1990s German rave music. This will be 26-year-old rapper hinted at the inspiration in an interview stating that she has a lot of new ideas that she wants to experiment with. With this news, she also revealed that soon she will be working from her own studio, which […]