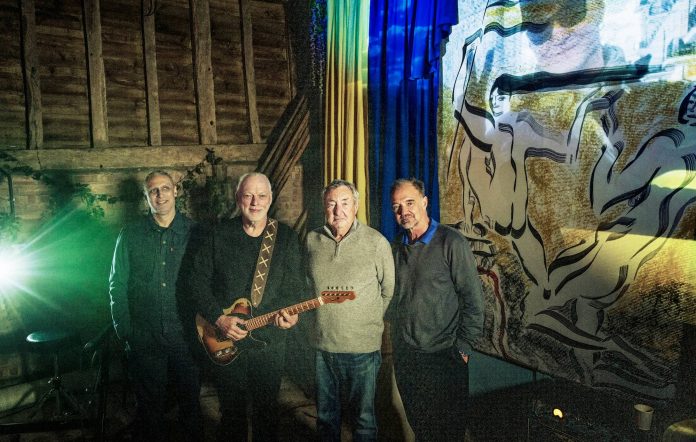 Pink Floyd has released its first new single in decades to support the Ukraine rescue effort.

The new song, titled ‘Hey, Hey, Rise Up,’ incorporates a sample of Andriy Khlyvnyuk, the vocalist of Ukrainian band Boombox, and is the band’s first original music release since 1994’s ‘The Division Bell.’ The song’s proceeds will be donated to Ukraine Humanitarian Relief.

According to a press statement, Pink Floyd recorded ‘Hey, Hey, Rise Up’ on March 30 this year with David Gilmour, Nick Mason, Guy Pratt (bass), and Nitin Sawhney (keyboards). You can listen to the song and watch the accompanying video, directed by Mat Whitecross, on all music platforms.

In a statement about the new song, Gilmour said, “I hope it will receive wide support and publicity. We want to raise funds for humanitarian charities, and raise morale. We want to express our support for Ukraine and in that way, show that most of the world thinks that it is totally wrong for a superpower to invade the independent democratic country that Ukraine has become. “

“We, like so many, have been feeling the fury and the frustration of this vile act of an independent, peaceful democratic country being invaded and having its people murdered by one of the world’s major powers,” the artist, who has a Ukrainian family, continued.

“We recorded the track and video in our barn where we did all our Von Trapped Family live streams during lockdown,” Gilmour said of the track’s creation. “It’s the same room that we did the ‘Barn Jams’ with Rick Wright back in 2007. Janina Pedan made the set in a day and we had Andriy singing on the screen while we played, so the four of us had a vocalist, albeit not one who was physically present with us.”

Gilmour also mentioned how he had performed with Khlyvnyuk’s band in 2015 as part of a charity concert for the Belarus Free Theater and how he was in the middle of a US tour with Boombox in February when he returned to his hometown to fight on the frontlines against the Russians.

Khlyvnyuk is sampled on ‘Hey, Hey, Rise Up!’ singing the patriotic Ukrainian hymn ‘The Red Viburnum’ on Kyiv’s Sofiyskaya Square, which was recorded in a viral Instagram video submitted to Gilmour recently.

“He stands in a square in Kyiv with this beautiful gold-domed church and sings in the silence of a city with no traffic or background noise because of the war,” Gilmour said. “It was a powerful moment that made me want to put it to music.”

Gilmour was able to talk from his hospital bed after sustaining injuries during the war. “I played him a little bit of the song down the phone line, and he gave me his blessing,” he said. “We both hope to do something together in person in the future.” 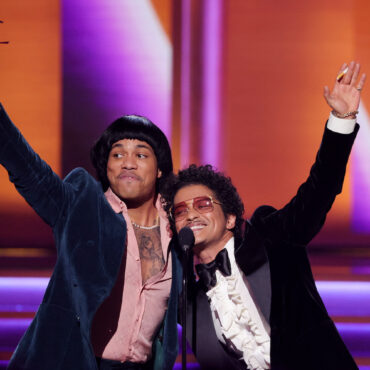 On Sunday night, the 64th annual Grammy Awards saw big wins for Silk Sonic, Jon Batiste, and Olivia Rodrigo, extravagant performances from a music industry battling to recover from the pandemic, and an emotional call for help from Ukraine's President Volodymyr Zelensky. Silk Sonic, Bruno Mars and Anderson .Paak's throwback soul-funk project started the show, which was streamed live from Las Vegas. The group performed "777," a song about Las […]