How Taylor Swift is casting her new film

Taylor Swift only had two actors in mind for her short film All Too Well: Sadie Sink and Dylan O’Brien.

The Stranger Things actress and the Teen Wolf alum play love interests who are in a tumultuous relationship in the project. Taylor also stars in and directs the angst-filled film, which features a new, 10-minute version of the same-named track from her re-recorded version of her 2012 album Red, which was released on Friday, Nov. 12, amid a dispute over custody of the pop star’s music.

“I got their numbers and sent them text messages,” Taylor said of hiring Dylan and Sadie on E!’s Daily Pop. “I had already created an entire treatment and script and like, visual kind of references of what I wanted to do.”

“They had the song before anyone else had the song,” Taylor revealed at the premiere of All Too Well in New York on Friday. “When they said yes, I was so elated because I didn’t have backups in mind.”

When Taylor Swift asked Dylan O’Brien to star in the project, which he referred to as a “trip,” he said yes without hesitation.

“I didn’t know [Taylor] knew who I was at all,” he said. “I’ve been a fan of hers for a long time, I love her, even more now. She’s like the best person ever, she is so brilliant. So yeah, it was like an automatic yes. I think we were sort of just hanging out on the phone and she asked me a while into it, like, you know, how long I wanted to think or whatever and it’s OK if I wanted to say no, and I was like, oh it’s not even a question.”

Taylor told Daily Pop that All Too Well is a “coming-of-age film about a very specific time in someone’s life when you are between 19 and 20.”

She explained that “You have one foot in childhood and one in adulthood and you don’t quite know where to stand and how fragile that makes you in that moment. We go through life, we get our hearts broken, what does that give us, what does that take away. This is a film that ponders such issues.”

Taylor’s fans have long speculated that “All Too Well” is about Jake Gyllenhaal, whom she dated briefly when she was 20 years old in 2010.

Also on Friday, host Seth Meyers asked Taylor, who has often wrote cryptic lyrics about her real-life relationships, “I wonder if there are people who might think that they were the ones you were singing about, if it’s easier or far, far worse for them, 10 years later.”

“To be honest, I haven’t thought about their experience,” she answered.

Taylor Swift told E!’s Daily Pop that re-recording the song “All Too Well” gave her “a real buzz” since the lyrics “had been written a long time ago.” 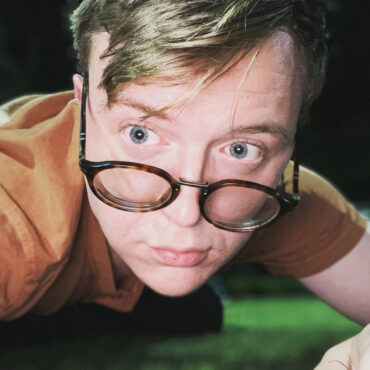 Singer/Songwriter Jack Hogan joins Zach Feldman on the web's hit music station to talk about his new album "The Death Of Jack Hogan". Jack talks about how many of the songs he produced for the album were left on the cutting board because he felt some of the songs didn't fit in other places. Jack also talks about his grandma as an inspiration for the album. Listen to the full […]