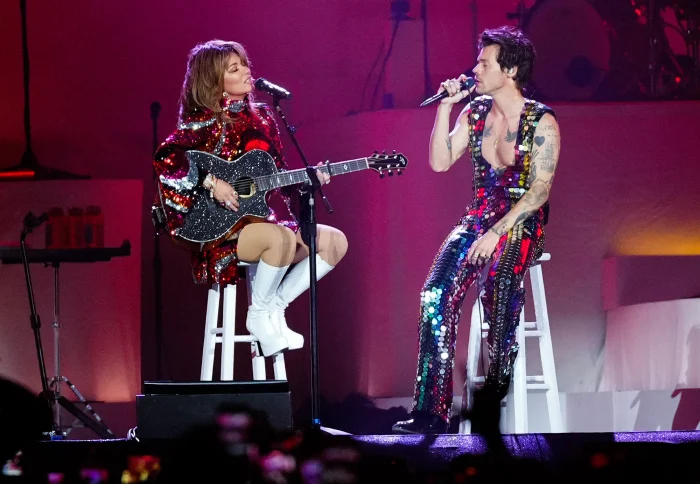 Harry Styles, 28, is a natural performer in front of large crowds, and he surprised Coachella fans on the festival’s first night by not only debuting two new songs but also bringing in country music icon Shania Twain for a pair of duets.

The singer initially introduced Twain, who appeared from a platform at the back of the stage at the end of his act to perform her 1997 song “Man! I Feel Like a Woman!” with him. After that, Styles — who previously sang Twain’s “You’re Still the One” with Kacey Musgraves at a Madison Square Garden show in 2018 — and Twain dueted on the Come On Over single.

During his performance with Twain, Styles addressed the audience, saying, “Now I have to tell you, in the car with my mother as a child, this lady taught me to sing.”

“You’re Still the One,” according to Billboard, was Twain’s highest-charting single on the Billboard Hot 100, debuting at No. 2, while “Man!” peaked at No. 23. According to the outlet, “The One” was also a No. 1 smash on both the Country Airplay and Hot Country Songs charts.

“I’m [at a] loss for words, I’m a bit starstruck…” Twain said to the audience. “When I was writing this song, you were just a kid, so it’s kind of a dream and very surreal to be sitting right here now, singing this song with you.”

Earlier in the show, Styles debuted two new songs: the recently released “As It Was,” and a new song apparently titled “Boyfriends.”

For the track’s debut, Styles requested the audience to “please be gentle.” The acoustic song with several harmonies talks about an on-again, off-again relationship in which “you still open the door.”

It all tied in perfectly with Styles’ opening line: “We have a full moon, you have a ticket and I have to play.”

Harry’s House, Styles’ third album and first since 2019’s Fine Line, is set to be released on May 20. Before that, Styles will head to Indio, California, to perform during Coachella’s second weekend’s Friday night festivities. 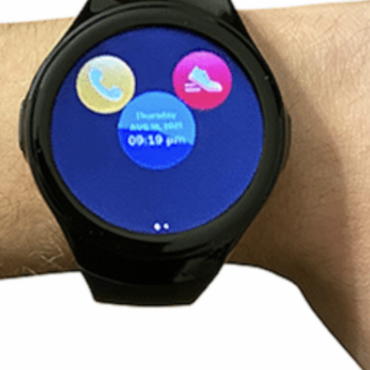 The Web's Hit Music Station welcomes Michael Angelilli, owner of "Medical Mobile." Michael tells Zach about how their product "Medical Mobile," a wearable smartwatch tracker can save lives and help those who are in danger protect themselves discreetly. "The technology isn't just for the older crowd, it's also for the 20+ who want to protect themselves at night." Listen to the full interview below! Purchase your own Medical Mobile Alert […]