Levitating, the chart-topping single by Dua Lipa, has now levitated into legal territory.

According to court records acquired by E! News on March 2, the 26-year-old pop star is now being sued for copyright infringement in connection with her 2020 smash track, “Levitating.” The members of Artikal Sound System, a Florida-based reggae band, filed the case against the pop diva and her label, Warner Records.

The band claims in the case, filed in federal court in Los Angeles that Dua’s song is “substantially similar” to their 2017 single, “Live Your Life.” Although the group does not go into detail about how the singer and her group allegedly plagiarised their song, their lawsuit claims, “In 2020, on information and belief, Defendants listened to and copied ‘Live Your Life’ before and during the time when they were writing ‘Levitating.'”

“Given the degree of similarity,” they stated in the documents, “it is highly unlikely that ‘Levitating’ was created independently from ‘Live Your Life.'”

According to Artikal Sound System, they have been touring and performing together since 2010, and their album featuring Live Your Life reached number two on the Billboard reggae chart in 2017.

Their single “Live Your Life” was released in 2017 on CD Baby and is also available via streaming sites such as Spotify, Apple Music, Pandora, Amazon, and Sound Cloud.

Additionally, the band has included what they claim is a copy of the Certificate of Copyright from the United States Copyright Office for their single Live Your Life.

Artikal Sound System is demanding an award of profits and actual damages from the defendants.

‘Levitating’ from Dua Lipa’s album Future Nostalgia, released in October 2020, was a huge success for the artist, landing at No. 2 on the Billboard Hot 100. It also became the longest-running Top-10 single by a female singer, according to Billboard, after lasting more than 41 weeks on the charts. 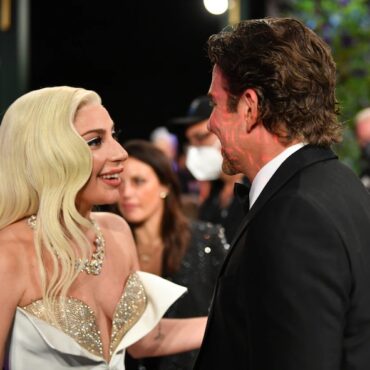 Lady Gaga and Bradley Cooper had a touching reunion at the Screen Actors Guild Awards. When the co-stars bumped into each other inside The Barker Hangar in Santa Monica, California, where the star-studded event was held, they shared a heartfelt embrace. Also Read: Robert Pattinson Admits ‘Relief’ on Release of the Batman Lady Gaga, 35, was nominated for her role of Patrizia Reggiani in House of Gucci. Likewise, Cooper, 47, […]